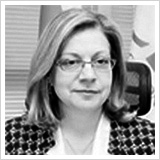 Professor Toula Onoufriou is the President of the Cyprus Hydrocarbons Company. She is also a Professor of Infrastructure Reliability and Management in the Department of Civil Engineering and Geomatics at the Cyprus University of Technology, the founder & Head of EMERGE Energy CoE and an Academic Visitor at Imperial College (UK). She combines experience from academia and the offshore oil and gas industry internationally where she held several positions of high responsibility (Vice Rector, President, Head of Department, Director of Research, Head of Research Centre and Senior Consultant) and she recorded significant professional activity, contribution and recognition at national and international level.

She served as member of national councils and expert committees advising the President and the Government of Cyprus on national strategy for energy, oil and gas, research, innovation and entrepreneurship. She was instrumental in bringing together effectively academia, industry and government departments through the development of international and regional collaboration networks, joint industry programmes and other major research programmes. She lead several research programmes funded from national sources, the EU and industry. She is the Chairman of the Eastern Mediterranean Energy Congress Conference & Exhibition – EMC Series, initiated in Nicosia, Cyprus, in 2020 under the auspices of H.E. The President of the Republic of Cyprus.

She obtained her PhD in Offshore Structures with a scholarship from Imperial College (UK) and she is top graduate of Civil Engineering at City University (UK) where she was awarded the Renie Prize. International distinctions and recognition include the EGYPS 2020 “Women in Energy Leadership Award” for the Mediterranean and North Africa region in recognition of her contribution to the Energy industry, academia, public sector and her efforts on enhancing regional collaboration on Energy related matters; the Stanley Gray Award by the Institute of Marine Engineers UK for the best publication in marine technology; and the award of the prestigious SmartEN Marie Curie ITN Programme on “Smart Management for Sustainable Human Environment”. Also invited Expert Speaker at many high level international fora including United States Congress, European Commission and international conferences on oil and gas developments and smart proactive management of infrastructure systems. 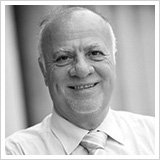 Mike has published many technical papers and Patents in the areas of fixed offshore platforms and floating systems. After retiring from Shell in 2013 Mike was appointed Professor of Offshore Structures at University of Western Australia. In February 2014 was appointed to the Board of Directors of Cyprus Hydrocarbons Company. 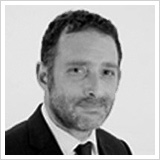 George Georgiades obtained B.A (Hons) from the University of Essex, UK, in 1995. He worked for a Big 4 audit firm both in Cyprus and in the UK time during which he was admitted as a member of the Institute of Chartered Accountants in England and Wales (ICAEW) and of the Institute of Certified Public Accountants of Cyprus (ICPAC). From 2002 to date he has participated in the performance of Production Sharing Contracts, Contractors’ Joint Venture and State Compliance audits on behalf of the Government of Equatorial Guinea involving a significant number of multinational companies such as ExxonMobil Corp., Marathon Oil Corporation, Glencore Plc, Noble Energy Inc., Hess Corporation, Repsol S.A, Bechtel Corporation, Schlumberger Limited, Halliburton Company, Transocean Ltd, Baker Hughes Incorporated, Fluor Incorporated and Weatherford International and has contributed to the improvement of the country’s Production Sharing Contracts’ contents. He has represented Cyprus in one World Youth Chess Championship (1988 Timisoara – Romania) as well as in two Chess Olympiads (1990 – Novi Sad, Yugoslavia and 1992 – Manila, Philippines) while in 1993 he drew with Anatoly Karpov, a former Chess World Champion and at that time World’s No. 2. He was appointed a CHC Board of Directors in March 2014 providing specialist knowledge on the financial aspects of the upstream oil and gas exploration activities. 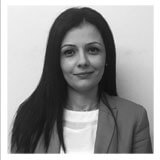 Dr Lambrou holds a B.Sc in Chemistry (2001) and a Ph.D in Heterogeneous Environmental Catalysis (2006), both from University of Cyprus. She also obtained a Master in Business Administration in Oil, Gas and Energy Management (2018) from the University of Nicosia. She has published numerous papers in peer-reviewed journals and conference proceedings in the chemical engineering/catalytic chemistry sector while she has also participated in workshops and trainings related to the hydrocarbons sector (legal and technical). Being involved in the hydrocarbons programme of Cyprus since the early stages, she continues through her position in the Ministry to have a comprehensive experience of the regulatory, legal and operational framework of the sector. 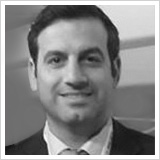 Lenas Mylonas is an oil and gas professional with 20 years experience. His extensive experience is focused on design, construction and project management of subsea and pipeline infrastructure. He has worked on landmark projects such as Shah Deniz II in Azerbaijan, PSVM in Angola and the Nordstream pipeline in Russia, amongst others. Lenas’ broad and varied skillsets include commercial appraisal, design engineering, operations management, contract delivery and project management. As such Lenas is as comfortable in the field as he is in the boardroom. Lenas’ experience spans both the service sector as well as the operators sector, and his combined experience  has proven valuable in maximising the effective collaboration required for the successful execution of projects. Lenas also takes an active interest in mentoring and guiding the next generation of oil and gas professionals. Currently Lenas is the Subsea Delivery Manager for the Karish development in Israel, a game changing project in the Eastern Mediterranean. Lenas is also a non-executive member of the board of the Cyprus Hydrocarbons Company, the national oil and gas company of the Republic of Cyprus. 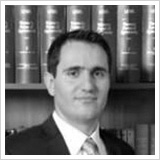 Tasos Panteli graduated in law from Queen Mary University of London in 1999. In 2000, he completed the Bar Vocational Course at the Inns of Court School of Law, UK and he was Called to the Bar. He obtained an LLM in Commercial and Corporate law from King’s College London in 2001. In 2002 he was admitted to the Cyprus Bar. In 2010 he became a partner in Andreas M. Sofocleous & Co LLC. Concurrently in 2015 he joined the CHC Board of Directors providing specialist knowledge on legal matters. 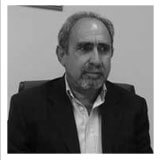 He worked more than 15 years in the Oil & Gas industry in the Research Center of Schlumberger in Cambridge, England from 1991 to 2002 and as consultant to Schlumberger in U.K. and Russia from 2002-2007.  He was Advisor to the Government of Cyprus on hydrocarbon exploration, development and gas monetization options from 2011-2017.

His expertise and scientific contributions are in the areas of a) Applied and Computational Mechanics: geomaterials, plasticity theories,  micromechanics, fracture mechanics, flow in porous media, finite element analysis b) Petroleum Geomechanics which includes problems on wellbore stability, hydraulic fracturing, sanding prediction and control, reservoir Geomechanics and CO2 geological storage and c) Oil and Gas management in upstream exploration and production and monetization of natural gas. He has published more than 160 articles in scientific journals, conference proceedings, book chapters, edited books and he invented 3 patents in the oilfield. He is editorial advisor in international scientific journals on geomechanics and petroleum engineering.