The 2020 edition of the Egypt Petroleum Show (EGYPS) was held over the 12-14th of February. EGYPS is the largest Oil & Gas conference in the Eastern Mediterranean, with over 30,000 delegates attending, 450+ exhibiting companies, 15 international Pavilions and over 20 IOCs and NOCs.

CHC had a significant presence at the event, co-hosting the Cyprus Pavilion with Invest Cyprus. The Pavilion had increased participation from last year, with 10 Cypriot service companies working in the oil and gas sector represented, with more than 30 delegates using the Pavilion as a platform to network, secure projects for their companies and to promote Cyprus as a hub for supporting regional oil and gas activity. The Pavilion was staffed by personnel from Atlas Offshore Operations, DP World, Fameline Energy, Hyperion Energy, IESC, Multimarine Shipyards, EDT Agency Services, Ifestos Marine Works, Lavar Shipping and Vasiliko Terminal Services. 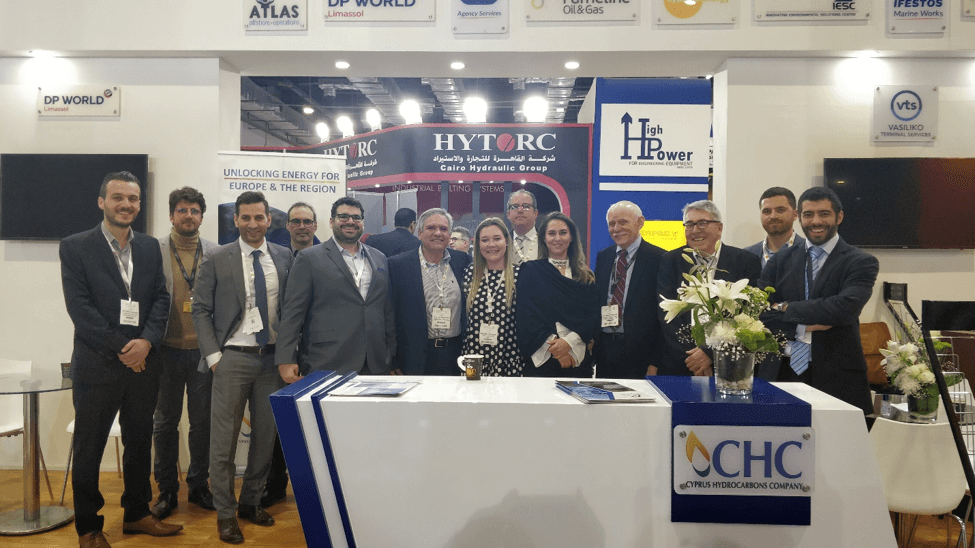 The Pavilion was also visited by the Egyptian Minister of Petroleum and Mineral Resources, Tarek El-Molla, as well as the Cypriot Ambassador in Cairo, Mr Omiros Mavromatis. The Minister expressed his gratitude for Cyprus’ participation in the Exhibition, stressing the importance of strengthening the bilateral relations between the two states in several areas, starting with Energy. 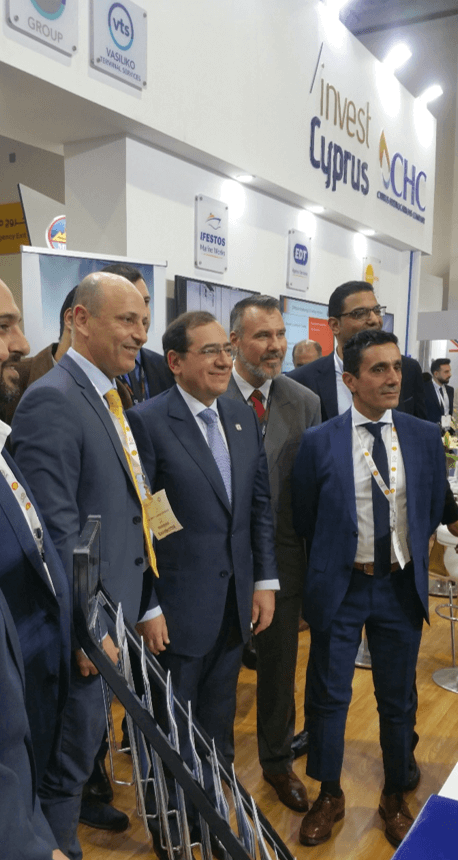 His Excellency the Egyptian Minister for Petroleum and Natural Resources, Tarek El-Molla, at the Cyprus Pavilion

CHC also made a significant contribution to the 3-day Technical Conference happening alongside the exhibition, with CHC executive team members chairing a total of 6 sessions, across topics such as Gas Processing, Field Development, HSE and Geoscience. The sessions chaired by our executive team members included panellists from companies such as Schlumberger, Dragon Oil, Petronas, DNV GL, EGAS, Subsea 7 and Bechtel.

CHC was also represented in the HSE in Energy Forum, with Irene Eleftheriou moderating a panel discussion on Driving sustainable environmental performance within the oil and gas sector, with panellists from Petronas, EGAS, Carbon Holdings and the Egyptian Ministry of Petroleum. 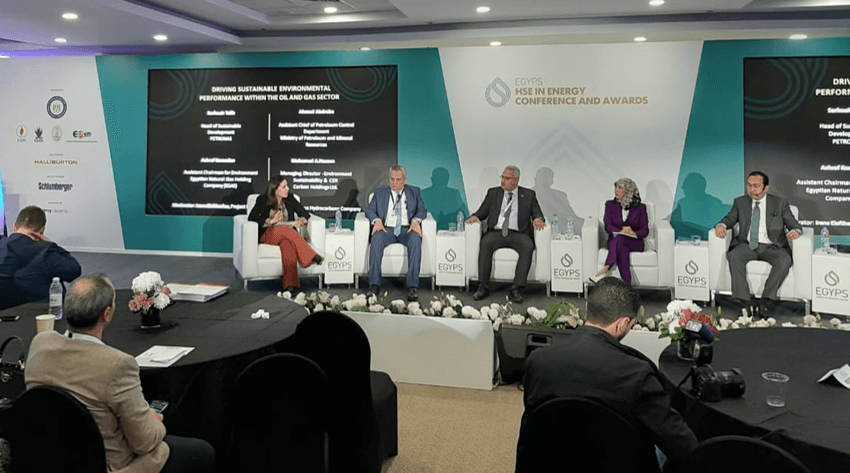 Irene Eleftheriou moderating a panel at HSE in Energy Conference

Finally, the President of CHC’s board of Directors, Professor Toula Onoufriou, was the recipient of the Women in Energy Leadership Award, in recognition of her contribution and achievements in the energy industry, academia and the public sector. 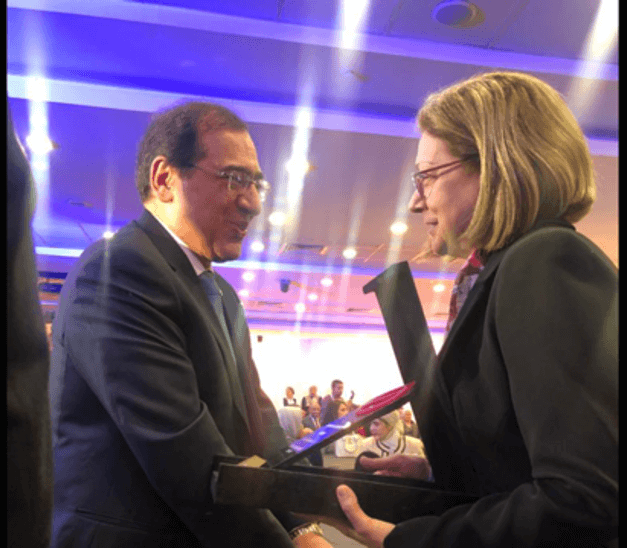