The 2019 edition of the Egypt Petroleum Show (EGYPS) was held over the 11-13th of February. EGYPS is the largest Oil & Gas conference in the Eastern Mediterranean, with over 20,000 delegates attending and taking advantage of the presence of 13 National 24 IOCs and 400+ exhibiting companies.

Alongside the exhibition, a 3-day technical conference was held, with CHC having the distinction of three of its executive team members chairing the following sessions:

The sessions chaired by our executive team members included panellists from companies such as BASF, BP, Baker Hughes, Shell, Petronas and Schlumberger,

CHC was also represented in the HSE in Energy Forum, with Irene Eleftheriou taking part in a panel discussion on International best practices in creating healthier, safer and more sustainable working environments. Her co-panellists were HSE and Asset Integrity Managers of Mubadala Petroleum, Halliburton, Apache and Dragon Oil.

Irene Eleftheriou in the HSE in Energy Panel Discussion

On the exhibition front, CHC co-organised the first-ever Cyprus Pavilion at EGYPS, in conjunction with Invest Cyprus. 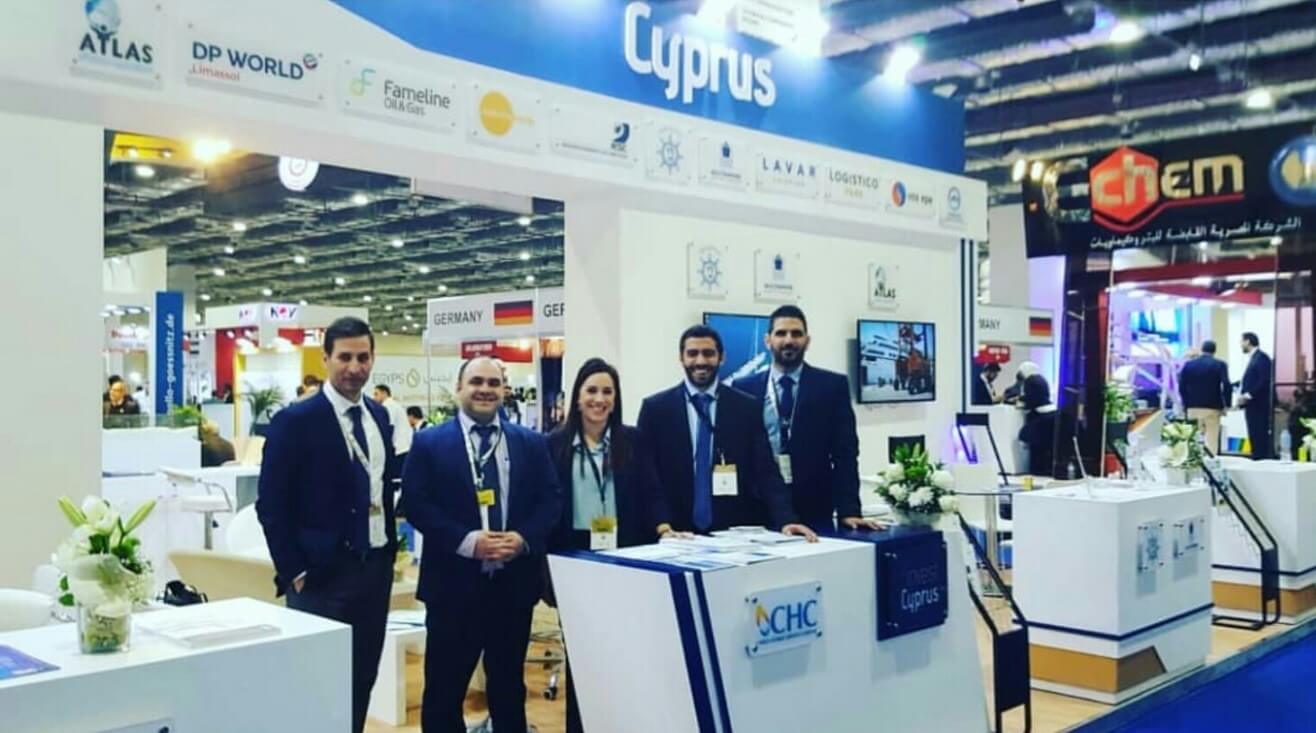 The CHC and Invest Cyprus Team at the Cyprus Pavilion

The pavilion served as a base for Cypriot companies to network and provide information on their services. The stand, which was co-organised by CHC and Invest Cyprus, was staffed by personnel from Atlas Offshore Operations, DP World, Fameline Oil & Gas, Hyperion Energy και Hyperion Systems Engineering, IESC, Multimarine Services, as well as RPT Group companies – Lavar Shipping, Vasiliko Terminal Services and VSS Environmental Protection Services. 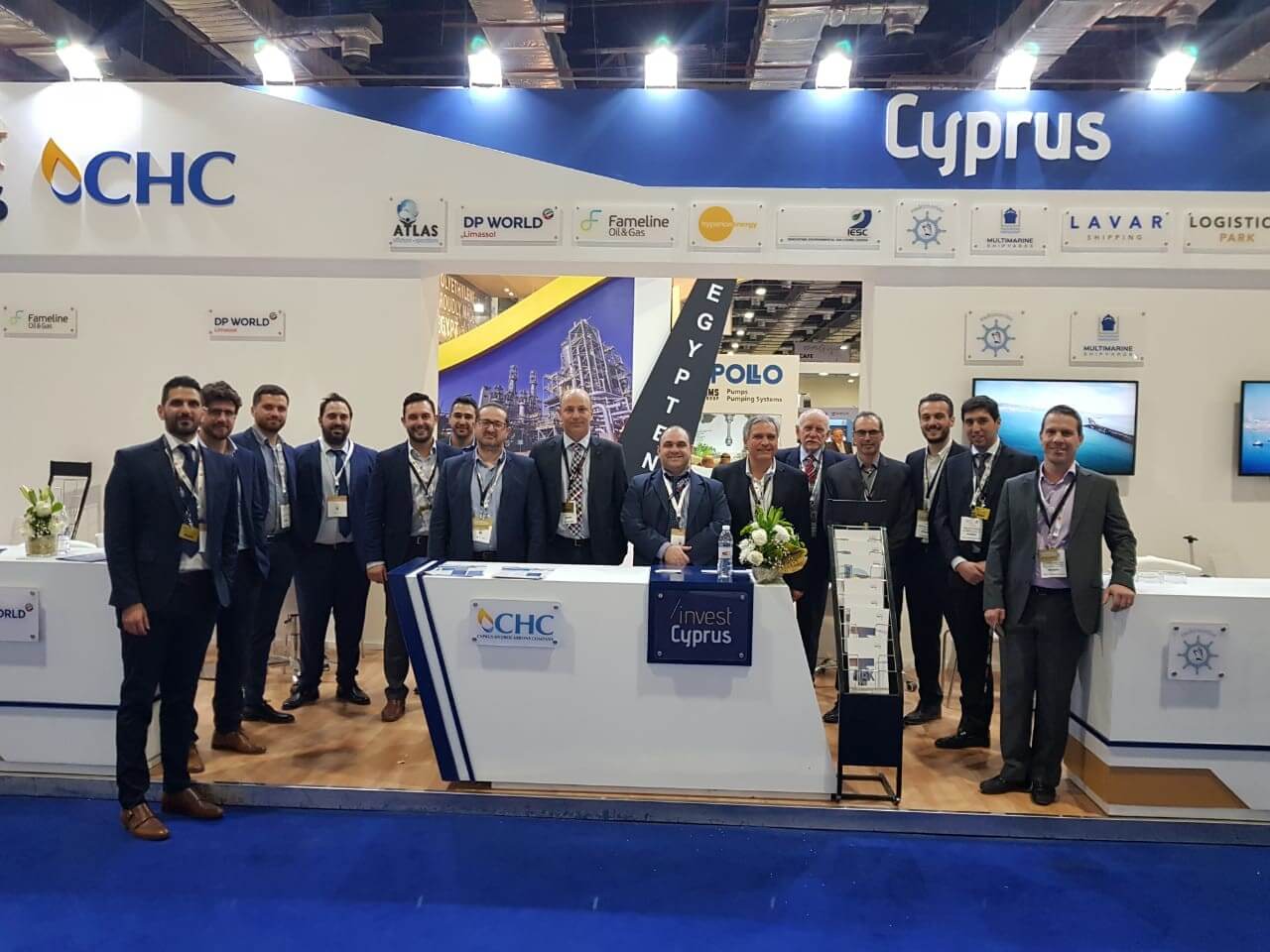 The Egyptian Prime Minister, Mustafa Madbouly, and Egyptian Minister of Petroleum and Mineral Resources, Tarek El-Molla, visited the Cyprus Pavilion, where they spoke with the Director General of Invest Cyprus, George Campanellas and the General Manager of the Cyprus Hydrocarbons Company, Demetris Fessas. The Egyptian Minister of Petroleum expressed his gratitude for Cyprus’ participation in the Exhibition, stressing the importance of strengthening the bilateral relations between the two states in several areas, starting with Energy. 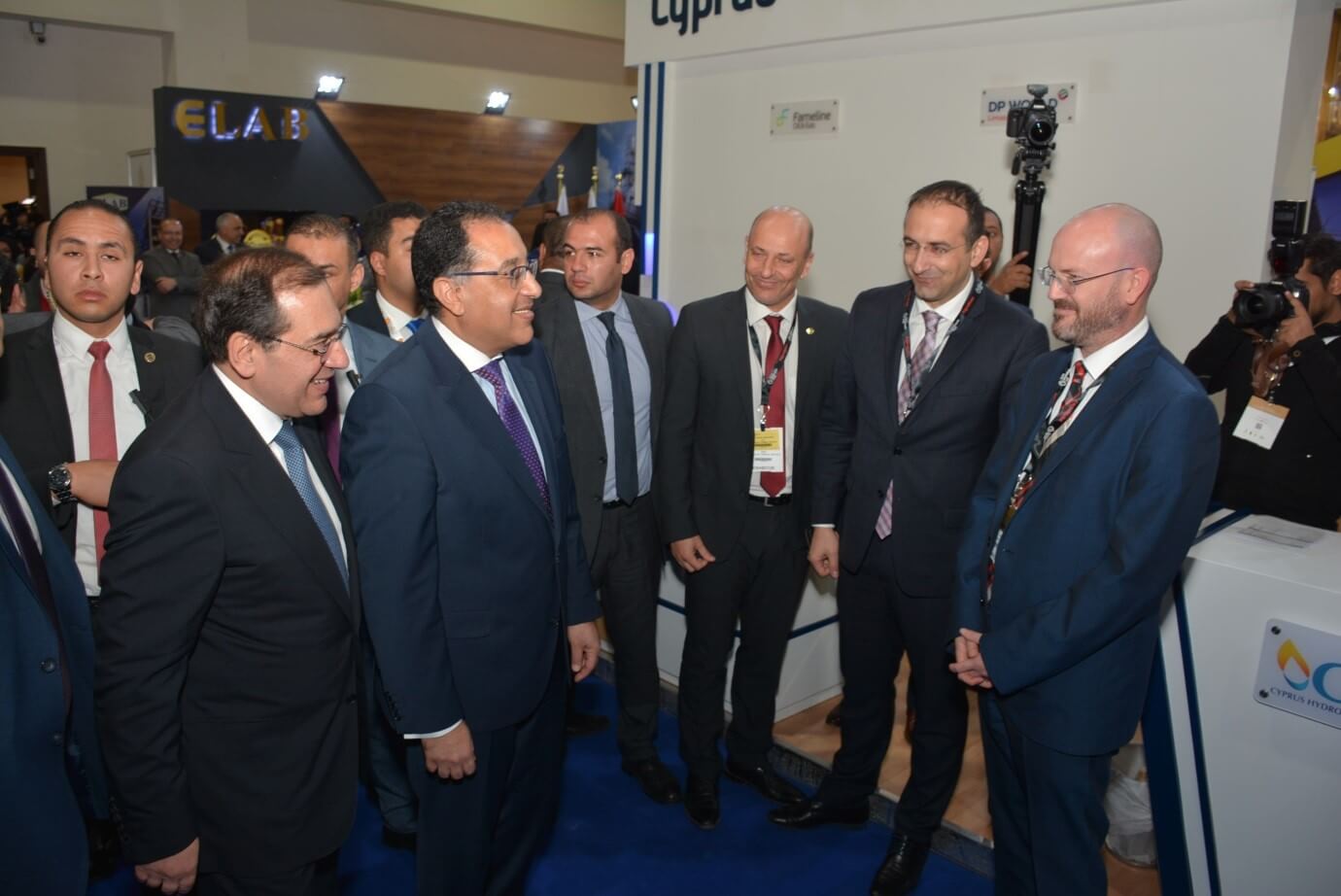